Dear Colleagues,
Our friends from St. Petersburg are asking for support. Maxim Reznik, the leader of the democratic opposition in the city, was arrested about three weeks ago on fabricated charges. People campaigning in defence of him suffer repression, too. This is certainly a start of a major attack by the regime against the dissidents, so it must be countered the sooner the better.
On Sunday 30 March I will picket the Russian Embassy in London with the poster saying 'Freedom to Maxim Reznik! Freedom to political prisoners!'.
I ask you to do the same in your own cities on the same date. I need it to happen in as many countries as possible. Do mobilise media to report that. Do let me know if you are going to support me, to give us time to help you with the media if we can.
It is very important to have all of us doing that simultaneously, that is, on the 30th of March. I believe such an international demonstration is the only way to force the Russian regime stop that chain of repression.
Thank you, Vladimir
Publicat de Asociatia Ziaristilor Independenti din Romania la 06:11 Niciun comentariu: 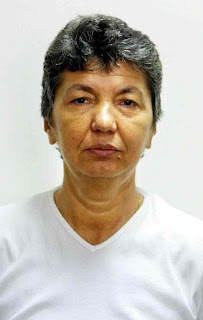 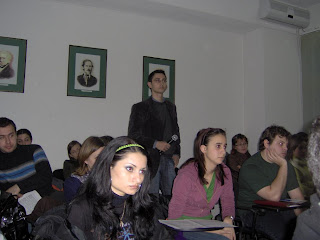 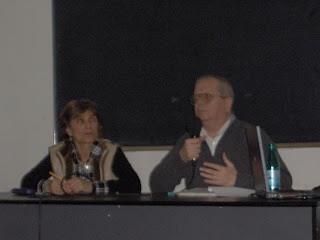 To the leadership of the sections, special relations, members of the Media Freedom Network and committees, and other friends

Sorry that I need two tries for sending this message correctly. I hope this one is ok now and that you will read it and give response!

1 – On February 22, we had a very fruitful Executive Committee meeting in Athens and celebrated the same day the glorious revival of the European Journalism Prize, thanks to the National Bank of Greece and to our dear colleagues of the Greek section -> the winner was Geoff Meade, a very well known Brussels based correspondent from the UK. AEJ Austria’s President Otmar Lahodynsky was one of the winners of the Kalligas Award. More information very soon on the AEJ website and in the AEJ Newsletter.

2 – On February 28, William Horsley, AEJ Media Freedom Representative, presented in Brussels the Update of AEJ’s Media Freedom Survey Goodbye to Freedom?. Brussels-based journalists and representatives of international journalist’s organisations (NUJ, EFJ/IFJ) were present in this meeting organised by ‘Journalists@YourService’ and the Belgian AEJ section. The coverage of the event was very good. Thanks to Celia Hampton, the AEJ-UK website (www.aej-uk.org) has the Update, the transcript of Williams’ presentation, the NUJ report and the original Survey etc. All can be clicked and accessed!

3. - WORLD PRESS FREEDOM DAY. Last year 9 of the AEJ sections have celebrated WPFD. Now the AEJ is broadly recognised as one of the journalist’s organisation that Freedom of the Media seriously considered as one of the main subjects, it would be great that even more sections are active around WPFD 2008.

In Athens we talked about the subject and many sections showed their intentions and plans for WPFD 2008.

Request: may I invite all the sections to let me know before March 31 what activities are planned for May 3 (or another date before are after), If you need support or advice, please contact me or William (wh@williamhorsley.com).